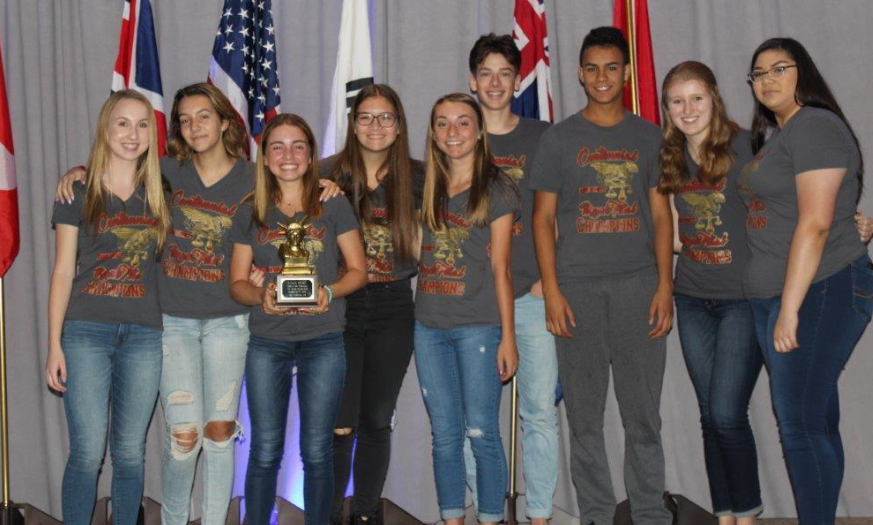 The team returned from the Empire San Francisco Mock Trial Tournament this weekend.

Centennial won four ballots in all against three different teams while its students performed as both defense attorneys and prosecutors in a fictional civil suit involving a 16-year-old who was jailed and held in solitary confinement for years and suffered psychological trauma.

The University of La Verne is celebrating the opening of its new campus at 10800 Stockdale Highway Thursday with a ribbon cutting.

The University of La Verne first opened its doors in Bakersfield in 1999 and has grown to offer almost two dozen undergraduate and graduate degree programs.

The district plans to use the money by creating an outdoor learning environment with gardening areas to grow vegetables, flowers and landscaping plants.

Cal State Bakersfield is hosting a series of LGBTQ+ PRIDE events this week.

The week of events provides resources, meet and greets and several bonding events for those in the community.

“This is the second campus Pride Week and it is great to see students, faculty and staff coming together for great campus inclusion and visibility. CSUB has made great strides in supporting all diversity on campus,” Matthew McClellan, LGBTQ+ PRIDE co-chair.

Pride Week’s events include an “ally rally” at 6 p.m. Wednesday and an expression night at 7 p.m. with the theme of “Coming out stories.” Both events are held at the Stockdale Room. There will be a screening of “Hocus Pocus” at 7 p.m. Friday at Alumni Park and a Pride Volleyball Game at 7 p.m. Oct. 19 at the Icardo Center to close Pride Week.

“Having all of their reference material with them during an entire rehearsal, instead of running to the sidelines to check their pages, would greatly improve the learning potential of our students,” Randy Bennett, instrumental music director at BHS, said.

The Bakersfield City School District Education Foundation is seeking to fill vacancies on its board of directors.

The foundation is a charitable, nonprofit organization that partners with community members to provide resources that impact children through innovative educational programs.

“Our children are the future of our community,” said Alphonso Rivera, president of the BCSD Education Foundation Board of Directors, who has served since 2012. “Having more resources available to teachers in the classroom can directly impact a student’s success.”

© 2021 Bakersfield Forensics. All Rights Reserved. The information on this website is for general information purposes only. Nothing on this site should be taken as advice for any individual case or situation. This information is not intended to create, and receipt or viewing does not constitute, a client relationship.