PEOPLE'S LIVES ARE IN THEIR DEVICE SO IS YOUR EVIDENCE!

It’s hard to imagine a modern day without video surveillance cameras, smartphones, tablet cameras, dashboard cameras, action cameras, and body cams. Thousands of cameras capture thousands of different events. Like unbiased witnesses, they are ready to share what they saw. Thus, when it comes to investigations, it’s not surprising that video recordings become the most imperative evidence. However, it’s not uncommon that recording’s setting, camera’s technical and other factors impact the quality of video recording. Sometimes, there’s no certainty that the video reflects real events.

As a result, video recording can contribute to uncovering the truth only with the involvement of video forensic experts. They leverage their expertise and specialized equipment to ensure that video recording can serve as uncontested and informative evidence during legal proceedings. Experts need to overcome many challenges and even simple videos can present significant problems. There are dozens of modern digital recording formats and analog recordings (for example, VHS). In most cases, law enforcement agencies and courts have tools that can reproduce data only from a handful of formats.

Converting video to a necessary format cannot be accomplished by simply consulting Google or downloading suitable conversion software. Innumerable surveillance system models have their own video formats without user-friendly and easily obtainable converter formats. Even if these conversion tools exist, there’s no guarantee that conversion will not destroy the image’s microscopic details that will be critical in the future. Only an expert with video coding training and reliable video forensic equipment can guarantee outcome.

Retrieval of necessary information often requires more than just viewing of the video. For instance, multiple cameras can record the same event. If recordings are reproduced one after the other, it’s hard to match details. It’s much easier to accomplish this by analyzing all recordings simultaneously. But, first, recordings need to synchronized. Synchronized recordings can simultaneously reproduce the same events. This process allows to view events from different angles and capture critical details. Expert involvement is also critical when  is damaged, such as dash cam damage during accident. For instance, sash cam captured the entire incident while the camera was functional, and the data remains on the memory card. The last recorded video that captured an impact cannot be reproduced using regular tools. In this case, experts can compile small fragments of video data in the right sequence. The video that was captured seconds before the impact can then be presented during court proceedings.

contribution is often required when a video is missing the necessary details. It can happen for various reasons:

Taking all these factors into consideration, it’s not guaranteed that a video can clearly capture car license plate or criminal’s face characteristics, such as frame dimensions 360X250 also impact quality.

When it comes to forensic video enhancement, it’s naïve to expect a miracle from an expert, similar to stories shown in fictitious crime shows. However, modern video enhancement software can sometimes produce miraculous results.

One of video forensic expert’s main responsibilities is the determination of video’s authenticity and any video tampering. Video editors, even easily attainable MoveMaker, allow the deletion of video fragments or sequence editing. In this case, the resulting edited video does not capture real events. Thus, before using video evidence, it’s important to examine whether it was edited or not.

This complex task is accomplished through two phases. During the first phase, forensic expert evaluates the video to determine whether it is an original or a copy. The term original video is only used to refer to the video captured on the device during recording. Copying can simply mean that the video file was copied on a different device, the device that was not used during video recording. Copying can also refer to editing file format, resampling recompression. Only an expert trained in video coding from different devices and video editing can conclusively indicate the video’s authenticity.

The best way to distinguish between an original and a copy is to obtain a video copy recorded on the same device as a video in question. Discovering recompressed video raises a red flag for a video forensic expert. Video recompression can indicate video editing.

However, video is not always fabricated. For instance, all YouTube videos are recompressed. Yet, very few YouTube videos were edited from the original.

As a result, the most complicated part of authenticity determination is finding remaining evidence of counterfeit video. Sometimes, easily observed simple artifacts can serve as this evidence. For instance, a suddenly appearing object in the video frame or hands of a clock that rapidly changed to a new time can prove that the video is a fake.

Professional forgery is not easily detectable without special tools such as modern forensic software. In this case, forensic experts can conclude video’s authenticity by closely inspecting various qualities of the video, such as video format, coding parameters, file structure, metadata, and, more importantly, verification of image in every one of tens thousands of frames. It’s a very tedious and lengthy process. Without performing this analysis, experts can’t be confident that the video depicts real events and not what someone wanted us to see.

From time to time, experts are presented with a new challenge – source camera identification. This challenge can be tackled in the same way for pictures and videos. Camera ballistics technology is not very difficult. Experts to record several dozens of frames in a specializing setting using device. After that, software will isolate “camera’s imprint.” Camera’s imprint is an image fragment that cannot be seen with human eyes, and that remains the same in all images. “Camera’s imprint” is then compared against “imprints” on proven authentic video and photo. This explanation might lead the reader to believe that camera identification is simple, but it’s not true. Captured image’s quality determines the simplicity with which forensic software will discover “camera’s imprints.” Poor image quality can even produce invalid “data imprints.” In order to arrive at the correct conclusion, experts need to have a deep understanding of “imprint” search algorithm, video comparison technique, and software data interpretation skillset.

Forensic expert’s contribution doesn’t stop even after proving video’s authenticity, video enhancement and that all stakeholders can view the video. Why? Because it’s not enough to see a vehicle on a video. It’s vital to be sure that a specific vehicle is shown, or, at the very least, to prove that the vehicle’s make is within the scope of the investigation.

During , questions can arise about size and distance. Forensic photogrammetry, a branch of video forensics, gives an answer. An individual with the knowledge of simple rules of advanced spatial geometry can solve this riddle using a ruler and a pencil. When a computer performs geometric measurements, results will be obtained more rapidly and data will be more accurate.

However, advanced spatial geometry is not always enough. Luckily, modern computers have the capability to produce 3D models of the geographic area and objects. Forensic engineers can determine several points with known coordinates on video or images, easily calculate coordinates of other points, and determine between these points.

An image can demonstrate a distance between two objects. A video can also determine between the events. When distance and time are known, speed can easily be calculated. Cases that involve the determination of guilt after vehicular accident often require of speed. Accumulated forensic expertise and video forensic methodologies allow the speed under different . It doesn’t matter if the video recording took place during the day or at night, up close or from a distance, whether the camera was moving fast or remained still. In any of these cases and under any of these conditions, the vehicle’s speed can usually be determined. 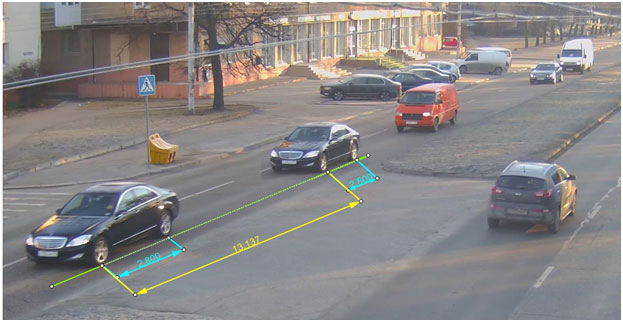 Video forensics can’t solve all riddles. However, experts know that even the tiniest details can make a significant impact during an investigation. Video forensic experts can’t always be magicians, but they still try to work toward a miracle.

We offer immediate, 24/7 assistance from our team of Digital Analysis.
Call now or contact us online.

What is Data
Recovery?

Data recovery involves an engineer accessing lost data on a cell phone, computer, tablet or other device through a variety of means. It can help in both criminal and civil investigations.

Can You Recover
Cell Phone Data?

Yes we can! Our team uses state of the art technology and tools to recover this type of data. No two cases are ever alike, so it's very important to make sure an expert is working on your case.

Do You Work With Computer Forensics?

Our team utilizes the most current and cutting-edge tools in the industry to gather lost data on computers for attorneys and private investigators. Find out what our team can do for you!

HOW WE CAN HELP
CALL NOW